Aging is the lead risk factor for disease

Studies have shown the aging cell to be the leading risk factor for serious pathology and this is why we target that process to combat disease. Simply put as cells age they become increasingly poor at functioning and repairing damage and this is why tissues and organs fail and we get disease.

Traditional medicine focuses on treating the symptoms of disease, we are focusing on the root cause. We are developing gene therapies that target cellular aging and encourage cellular and tissue regeneration.

Among the various causes of aging such as cellular senescence, accumulated waste and changes to gene expression are some of the leading risk factors of aging and disease. We are investigating a number of gene targets to help mitigate these forms of damage and one of the most promising avenues of research is telomerase therapy.

The promise of telomerase therapy

Telomeres are repetitive DNA sequences located at the very ends of our chromosomes. which form a cap like structure that protects the cells from sensing the chromosome tips as ‘damaged’. The telomeres shorten with each cell division and have been likened to the fuse on a stick of dynamite, steadily burning away until depending on the type of cell, they either enter apoptosis (cell death) or enter replicative arrest known as senescence once becoming too short. It is believed that this cell division timer developed as a means of suppressing tumours and thus preventing cells becoming cancerous and constantly replicating. Studies have demonstrated that critically short telomeres present a barrier to prevent cancer (Artandi and DePinho, 2010). 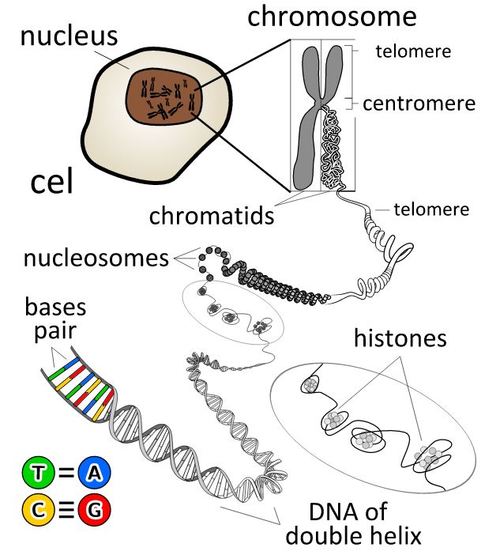 However this tumour suppression mechanism comes at a cost, telomeres in the majority of our tissues grow shorter as we age and ultimately contribute to the failure of organs and tissue. We can see evidence of this with data demonstrating healthy life span correlates with longer telomeres in humans and that the slower telomeres shorten the slower the body succumbs to the consequences of aging. We see this in patients suffering from age related pathology and diseases causing premature aging (Zhu et al, 2011).

In addition to this it has been observed in the tissues of aging mice and primates, cells with damaged and dysfunctional telomeres accumulate. This observation supports the notion that telomere attrition and cellular senescence promotes aging (Fumagalli et al, 2012; Herbig et al, 2006, Hewitt et al, 2012). A number of eminent researchers propose preventing the build up senescent cells and the resulting toxic signals they send out known as SASP(senescence-associated secretory phenotype) is a cause of aging (Baker et al, 2011, Kirkland et al 2013).

Our body has certain types of cells that can help stabilize telomere lengths within tissues, these Stem can progenitor cells are able to slow down the loss of telomeres by expressing telomerase a type of ribonucleoprotein complex.

Certain cells within our tissues have the ability to stabilize telomere lengths more efficiently than others. Stem and progenitor cells can slow telomere erosion by expression of a ribonucleoprotein complex called telomerase. Telomerase is able to lengthen the telomeres by adding additional telomeric repeats preferentially to telomeres that have become critically short and are at the risk of becoming dysfunctional. This allows the telomere to lengthen again and thus prevents the cell from entering apoptosis or senescence. In direct contrast to stem cells which are able to produce telomerase to a lesser or greater degree depending on cell type, regular somatic cells, which make up the majority of the body, cease expressing telomerase shortly before birth. As a result the telomeres shorten in the majority of our cells as we age and whilst the low levels of telomerase expressed in stem cells are not enough to to totally prevent telomere erosion with age, it does slow down down aging significantly.

We can see in specially bred knock out mice that have had telomerase function partially or fully reduced that they suffer from accelerated aging. We see similar results in humans where loss of telomerase function leads to age related dysfunction and disease. The presence of active telomerase in stem cells therefore is vital for longevity and health. Indeed in a recent study there is direct correlation between those living to a 100 a beyond with having telomeres that loose length slowly. They concluded that whilst telomeres do not determine living to very old age, centenarians and their offspring maintain telomeres better than non-centenarians which improves their chances of living longer (Hirose, Zglinicki 2015). It is no surprise then that some researchers wonder if it is possible to slow down the aging process and increase healthy lifespan using telomerase delivered to our cells.

You can learn more about telomerase, the telomere theory of aging and other aging theories here.